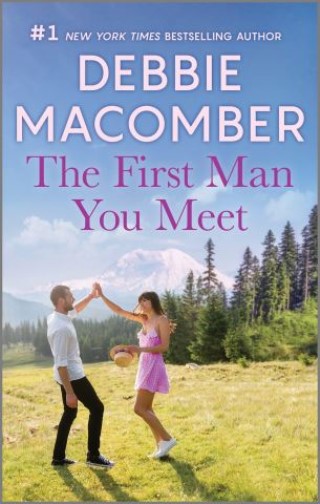 The First Man You Meet

Rediscover this classic romance novel about a very special wedding dress and a twist of fate, only from #1 New York Times bestselling author Debbie Macomber.

Shelly Hansen was horrified when her great-aunt’s wedding dress arrived—because, according to family legend, she was destined to marry the next man she met. So when she tripped on an escalator and fell into Mark Brady’s arms, she told him—and herself—that she wasn’t interested in marriage. But then she started seeing him everywhere…. Coincidence?

Debbie Macomber: Debbie Macomber is a #1 New York Times bestselling author and a leading voice in women’s fiction worldwide. Her work has appeared on every major bestseller list, with more than 170 million copies in print, and she is a multiple award winner. The Hallmark Channel based a television series on Debbie’s popular Cedar Cove books. For more information, visit her website, www.debbiemacomber.com.